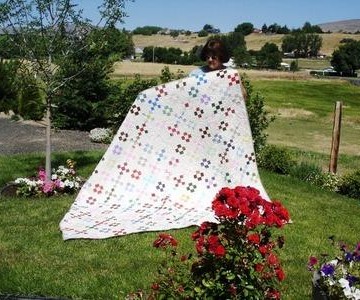 JORDAN, Patricia Jean Schaeffer died on April 10, 2013 in Nashville, Tennessee at the age of 60. She was born on July 6, 1952 in Cleveland, Ohio. Patricia grew up in Billings, Montana and always loved her family's cabin at Camp Senia in the Beartooth Mountains. She graduated from Macalester College in 1974 with a B.A. in urban studies. In 1980 she obtained her J.D. from Denver University School of Law. She moved to Helena, Montana where she worked for 20 years in the State of Montana Attorney General's office. She spent her spare time doing quiltmaking and painting. She married Stephen Robert Jordan on April 6, 1990. In 1999 they moved to Nashville, Tennessee where Patricia fulfilled a longtime dream of going to art school. She graduated with a B.F.A from Watkins College of Art and Design in 2004. In 2004 Patricia cofounded Platetone Printshop, a cooperative fine art printmaking studio. Patricia was pre-deceased by her son, Thomas Riley Jordan and her father, John Henry Schaeffer. She is survived by her husband, Stephen, mother, Marjorie Schaeffer, sisters Kathryn Canan David and Nancy Lobb Craig, nieces and nephews Collin, Jonathan, Erin, Timothy, Jake, Robin, William, and Kylie, father-in-law William Jordan and brothers-in-law William Jr. and Fred Juliany. A memorial service will be held on Saturday, April 13, 2013 at St. David's Episcopal Church, 6501 Pennywell Drive, Nashville. Visitation is at 10 a.m., and the service begins at 11 a.m. In lieu of flowers, donations may be made to the First Unitarian Universalist Church of Nashville, Friends of Warner Parks Nashville, or the National Quilt Museum.