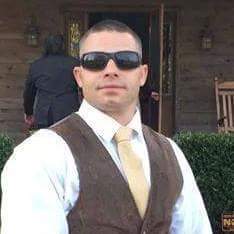 He is preceded in death by his grandmother, Carlene Jesse Mitchum.

Growing up, Larry was a star athlete. He played every sport he could get involved in, but really stood out in Football. He played for both Harpeth and Hillwood High School, where he went to state twice. His love for sports only grew with age. He was a diehard Redskins fan and ESPN was his favorite channel.

Larry will be remembered for his big heart and not only for the love he had for his family but for God. He is known for always looking “fresh” and helping people every chance he got. Larry never met a stranger; he was a kid at heart.

The family gives special thank you to Cameo Sanders for the donation of his final resting space and to all who have reached out.