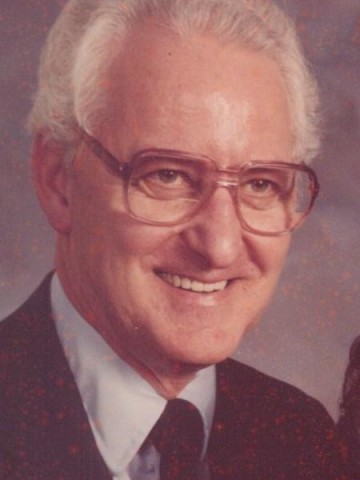 LOVE, William Otis- Age 89 of Nashville passed away on Monday, September 9, 2013. Bill was preceded in death by his grandson, William Love and step grandson, Robbie Walsh. He is survived by his loving wife of 66 years, Shirley, four children: Holly Tom Walsh, Kerry Love Dunn, Daniel Love and Russell Tika Love, grandchildren: Ryan Amy and Taylor Walsh, Jason and Jillian Johnson and Tim and Chris Bridget Love, his brother, Jim Love of Wisconsin, sister, Deloris Love of Michigan and 4 great grandchildren. Bill was born on April 11, 1924 in Milwaukee Wisconsin. As a young boy, he grew up in Harriman, Tennessee. He served his country in the Second World War from 1943 to 1946. During the war, he served as a part of the U.S. Army's 26th Infantry "Yankee" Division. As a member of the 263rd Artillery Battalion, he earned 5 battle stars, serving in the campaigns of Northern France, the Rhineland, the Ardennes and Central Europe. When he returned home from the war, Bill began working for Genesco. For the next 38 years, he worked as a well respected businessman, for the Divisions of Jarman, Hardy, and Journey Shoes. Bill was a long-standing active member of Concordia and Our Savior Lutheran Churches, where he served as an elder. Bill loved music and at one time had his own band. His grandchilden especially remember his love for music at Christmas when he would bring out his Gibson guitar for all to sing carols. He was a devoted husband, father, grandfather and great-grandfather, who was beloved by all. Visitation and Service for Mr. Love will be held at Our Savior Lutheran Church, 5110 Franklin Road, Nashville, Tennessee on Saturday, September 14. Visitation is 11:00 am – 12:30 pm followed by the funeral service at 1:00 pm. Interment will be at Harpeth Hills Memory Gardens. In Lieu of Flowers memorials can be sent to Alive Hospice, American Heart Association, Our Savior Lutheran Church or the charity of your choice. The Love Family would like to send a special thank you to McKendree Village for the dedication and care of their father. HARPETH HILLS FUNERAL HOME