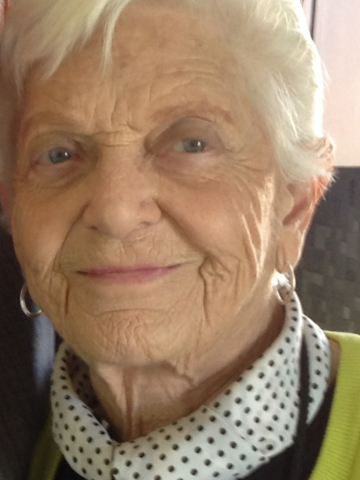 Departed on January 9, 2019 and resided in Nashville, TN

JEAN HEMMER, born March 1, 1931 in Lamar, Indiana to Alvina and Karl Foertsch. Graduated from Chrisney High School, Indiana. For the last 30 years, she has lived between Nashville and Goodlettsville, Tennessee and Phoenix, Arizona.

Jean was a member of Interior Business Designers (IBD/ASID). She studied interior design and apprenticed at Hubbuch of Kentucky in Owensboro, KY. She was employed by Gresham Smith Architect Firm in Nashville, TN where she implemented plans for medical and commercial interiors. She owned M. Jean Hemmer Interior Design for residential and commercial interiors with clients including Athens Paper Company, Bud Chamberlain and Ronnie Milsap. Jean and her husband Charlie renovated and restored old homes in Nashville, Goodlettsville and Phoenix.

Jean was an accomplished artist in watercolor and mixed media. She began her public art career in an Indiana farm community at age 9 as an assistant to a "Chalk Talk" artist at a Farm Bureau meeting. She studied art at Brescia College, Arkansas State University, University of Tennessee, Tennessee State University, Watkins Institute and Glendale Community College. Her work was featured in shows in Indiana, Kentucky, Tennessee and Arizona. Art awards include Mountain Artists League, Yavapai County Fair 1st place watercolor and clay, Yavapai College Profession Show Best of Show paper mache sculpture and her paintings were featured twice on the cover of Arizona Light. Through her art, her objective is to bring pleasure to viewers and owners of her work by expressing her love for color and the endless glory that nature creates for us all.

A Celebration of Jean’s life will be on Sunday, January 13, 2019, at 3:00pm, in the Celebration Hall of West Harpeth Funeral Home. In lieu of flowers, memorials are encouraged to the American Cancer Society.

Visitation with the family will be on Sunday from 2:00pm until the service time at 3:00pm, both at West Harpeth Funeral Home.