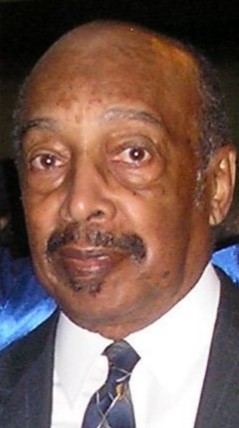 Departed on October 20, 2020 and resided in Nashville, TN

Maceo Warren Williams—age 85, passed away peacefully Tuesday, October 20, 2020. He was born in 1935 by midwife in the Homewood section of Birmingham, AL and was named after his uncle Maceo—his father’s brother. Maceo also lived in MI, NY, FL and SC before moving to Nashville in 2010.
Maceo completed junior high school and high school in New York. He joined the United States Air Force and served during the Korean War. After serving honorably in the USAF, Maceo married Ora Hobbs and went to work as a Corrections Officer for the New York City Department of Correction at Rikers Island until his retirement. He later worked briefly for the United States Postal Service and a local school in Florida. He also volunteered at a local Florida hospital. Maceo loved sports especially baseball and golf. But he loved nothing more than spending time with his grandchildren. Maceo and Ora divorced in 1999.
Maceo is survived by his three sons and their spouses: Maceo, Jr., Craig and Darlene Williams, and Glenn and Katrina Williams; his three grandchildren: Jarett Maceo Williams, Jenna Williams Koisa (her mother Janet Pershetti) and Aliyah Williams; and his one great-grandchild: Aiden Koisa. He was the brother to the late Evelyn and Henry Williams and late Virginia Roe and son of Henry Hugh and Frances (Vann) Williams. He is also survived by many nieces and nephews who love and respect him and will miss him dearly.
A Celebration of Life Service will be held 11 a.m. Tuesday, November 10th, 2020 at West Harpeth Funeral Home with Hubert Cunningham officiating. Burial to follow at Middle Tennessee Veterans Cemetery with Military Honors.
Visitation with the family will be held on Monday, Nov. 9th from 3 p.m. – 7 p.m. and on Tuesday, Nov. 10th from 10 a.m. - 11 a.m. prior to the service at West Harpeth Funeral Home. Guestbook at www.westharpethfh.com.