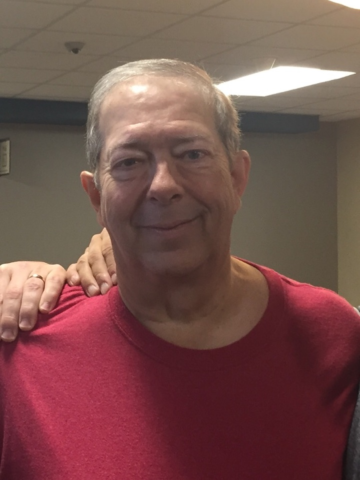 Departed on September 7, 2018 and resided in Nashville, TN

Mark Ford was born and raised in Paducah, Kentucky.  He made his way to Nashville in 1974 while attending Lipscomb University.  After graduating from Lipscomb, Mark returned to Paducah for his job with a local television station.  Mark returned to Nashville and began his more than 30 year career with the Nashville NBC affiliate, and his love affair with the television industry.  With his warm smile, friendly and outgoing personality, Mark had a large network of friends and acquaintances.  His closest friends often joked about the seven degrees of Mark Ford (a reference to the six degrees of Kevin Bacon) because you couldn’t go anywhere with Mark in Nashville without running into someone he knew.

Mark is known around Nashville for his work at WSMV News Channel 4, his involvement with running the telecast of local high school football games, but his 2nd career love arrived in 1998 with the Nashville Predator organization directing all the visual technical aspects of the jumbotron inside Bridgestone arena.  Mark loves the Nashville Predators and will be smiling when they bring Lord Stanley’s Cup to Nashville.  When Mark wasn’t running the jumbotron for the Predators, you could find him on the golf course, except during UK Basketball season.  Mark’s love of golf started as a child playing with his father in Paducah and continued through his battle with cancer.  His love of UK Basketball began at birth, as with most boys born in Kentucky!  Mark loved vacationing in the Destin, Florida area and could be found either on the beach, by the pool, on the golf course or enjoying McGuire’s Irish Pub or fresh gulf seafood, with oyster’s being his favorite.

Mark was kind, caring, giving, never met a stranger, always focused on the good in others, quick with a joke and a loving husband, son, brother, uncle, father, grandfather and friend who will be missed.  Mark you will live in each of us who had the pleasure of knowing you. Thank you for welcoming us into your life.  For those who were not family, Mark made you feel like family.  You will never be forgotten.  Rest in peace.  With all our love.  Your family and friends.

A Celebration of Mark’s life will be on Monday, September 10, 2018, at 11:00am, at Bellevue Church of Christ (7401 Hwy 70 S) with Darrell Blakenship and Marc Messier officiating. Interment will follow at Murray Memorial Gardens in Murray, KY.

Honorary pallbearers will be the Nashville Predators Game Night Staff.

Visitation with the family will be on Sunday from 1:00pm until 6:00pm, at West Harpeth Funeral Home on Charlotte, and on Monday from 10:00am until 11:00am, at Bellevue Church of Christ.