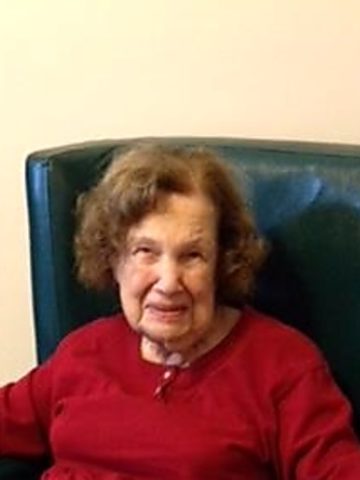 Mary Alice Duncan was born January 30, 1921 to the late Zach Hall Sr. and Mary Alice Hall in Antioch, Tennessee. She passed away on Saturday morning, December 8, 2018 at 97 years of age. She was the younger of two children, with one brother, Zach Hall Jr.

Mary Alice’s early education began in a country school in Antioch, Tennessee, she subsequently graduated from Pearl High School in 1938. She received her B.S. and M.S. degrees in elementary education from Tennessee State University. Mary Alice’s professional career began as a teacher in the Nashville Public School System. During the beginning of her career, she was introduced by two of her former college school mates, who were sisters, to their older brother, William Duncan, a soldier in the Army. She and William married several months after they met, and were married for 58 years. They had three children: Mary Carolyn, William Jr. and David.

After the birth of her first child, Mary Alice stopped teaching to stay at home with her daughter and her two sons who were born subsequently. She resumed her career as a teacher in the Nashville Public Schools after her husband retired from the service, when her children were older. She taught at Wharton Elementary School and Lakeview Elementary School. She enjoyed teaching and retired in 1983 after 27 years with the Nashville School System.

She had a special gift as a teacher, and was known for her kindness, generosity, empathy, and her genuine way of encouraging the children in her classes. She was well thought of by her students, many of whom called her their favorite teacher because of her kind and nurturing approach to teaching. Her most famous student, Oprah Winfrey, has acknowledged Mary Alice over the years as her favorite teacher who gave her the spark for wanting to learn and believing she could do anything. She was proud that Oprah remembered her and gave her such extraordinary recognition. She also enjoyed appearing on several television shows with Oprah and the special relationship they shared. Other students she taught have through the years expressed the same positive regard about Mary Alice’s skillfulness as a teacher.

Mary Alice was a lifelong learner with many interests and hobbies that included a love for music, writing songs and poetry, reading Mary Higgens Clark mystery novels, and solving crossword puzzles. What defined her most, however, was her love of Jesus Christ. Her relationship with Him was evident in everything she did. She had a love for all people, a giving spirit, and an endearing smile. She enjoyed music by the Bee Gees, Barry White, Al Green, and Josh Turner.

At an early age, Mary Alice joined Hall Memorial Baptist Church. Later, she became a church family member of Highland Park Church. Mary Alice loved Jesus, and she loved her church. She religiously participated in weekly communion at church which was led by her son, David Sr., and later by her daughter Mary, at Highland Park Church. She was proud that they made weekly communion their ministry at the church. She was also extremely proud that her grandson, David Jr., plays in the church band.

Both of Mary Alice’s grandsons are musicians, in addition to working at their regular jobs. Mary Alice was so proud of her grandsons, and she supported their performances and went to hear them play as often as possible. She was a devoted wife, mother, and grandmother, and she extended unwavering love and support to them throughout her life. She also had a great love for her extended family and her church family. She had a great sense of humor, and was a good listener and a warm, kind, caring person. She was the family matriarch who was beloved by all her family. She put God first in everything, often saying “Anything is possible, if it’s the Lord’s will.”