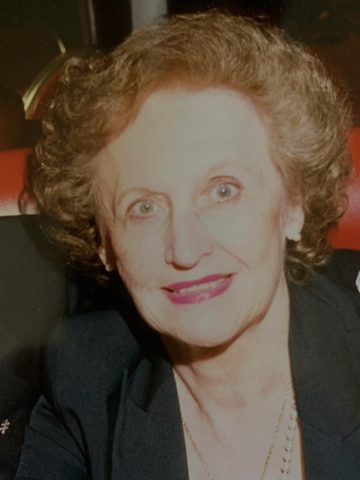 Departed on January 3, 2021 and resided in Nashville, TN

Mary Lou Eidson (Lou) went home to be with her Lord and Savior, Christ Jesus, on January 3rd, 2021, in Nashville, Tennessee at the age of 89.

She was the oldest of four daughters, born on November 22, 1931 to the late Stephen W. Butts and Helen A. Knox Butts of Oconee County in Newry, South Carolina. Lou was an authentic Southern Belle.

At age 13, Lou was baptized at the Newry Baptist Church and became a member. She graduated from Seneca High School in 1950 and held many offices and honors. After high school, she graduated from the Anderson Memorial Hospital as a Medical Technologist in Clinical Laboratory where she was employed for many years.

Lou met and later married James (Jim) Milton Eidson, Sr. of Cullman, Alabama in 1953, at the Newry Baptist Church where she had been a lifelong member. They were married for 67 years.

Lou was an avid reader and enjoyed gardening, especially roses that she gifted to her shut-in friends and neighbors.

Throughout her journey in life, Lou clung tightly to her strong faith. It was her rock and at the forefront of her daily living. She began Bible Study Fellowship (BSF) in Dallas, Texas, then later moved to Nashville and joined the local BSF chapter. In addition to attending class and intently studying her lessons, she volunteered to care for and teach the leader’s pre-school children where she was known to many as “Miss Lou”. She was enrolled in BSF for a total of 34 years.

In lieu of flowers, memorial contributions may be made to St. Jude Children’s Research Hospital in Memphis, Tennessee.