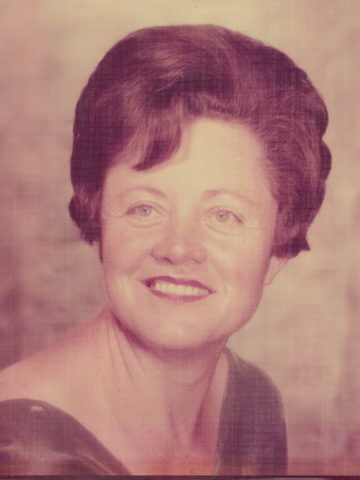 Departed on October 14, 2019 and resided in Nashville, TN

Ovia Lee Deal, age 92, of Nashville, TN passed away on Monday, October 14, 2019 at St. Thomas West hospital in Nashville. She was born in Detriot, MI on December 26, 1926 to the late Clarance Greer and Ovia Jackson Greer.
Along with her parents, Ovia is preceded in death by her husband of over 65 years, Nolan Corbitt Deal, Sr. She is also preceded in death by two brothers, Howard Greer and Miller Greer; three sisters, her twin Annie May Stuart, Martha Stuart, and Lucille Mason.
Ovia is survived by her son, Nolan Corbitt Deal, Jr. and his wife Cheryl. She is also survived by one sister, Frances Ketchum; two brothers, Jack Greer and Frank Greer; and a host of nieces and nephews and other extended family members and friends.
Mr. and Mrs. Deal were charter members of Hillview Church of Christ, where they both attended faithfully for over 50 years. Ovia lost her husband when she was at the age of 87. The local community stepped up and provided loving care and support so she could continue to live in the home she loved. They referred to her as “Mama Deal” and she lovingly called them her adopted family.
A Celebration of Life service will be held at West Harpeth Funeral Home in Nashville at 10:00am on Friday, October 18, 2019. Visitation will also be held at the funeral home on Thursday, October 17th from 5:00pm until 8:00pm and again on Friday an hour prior to the service. Ovia will be laid to rest with her husband at Woodlawn Memorial Park in Nashville.