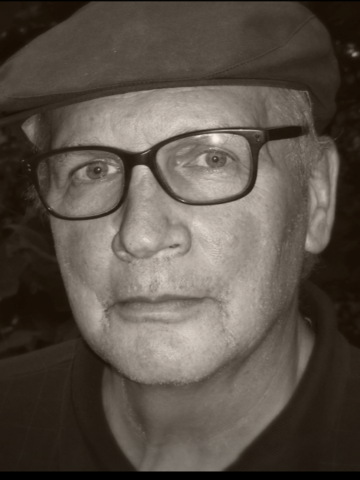 Paul David Erland, age 68, passed into the great unknown in the company of his family at Centennial Hospital in Nashville, Tennessee on Saturday, October 27. He is survived by his wife of 34 years, Joan Brown Erland of Nashville, and their two children, Scott (and his wife Emilee) and Emily.

Paul was born in Allegheny County, Pennsylvania on February 25, 1950. He spent his adolescent years in Johnstown, but shortly after his father passed away when Paul was eight years old, he, his mother and brother relocated to Nashville.

A socially unsure and withdrawn child who found himself marooned in a new city, Paul spent much of his youth in solitude, which eventually led him to discover and nurture two of his greatest passions – basketball and books.

Almost never without a book in his hand or by his side, Paul was an avid and voracious reader from an early age and remained one throughout his life – always curious and driven to conquer the mountain of things he didn’t know.

Basketball came a little later for Paul, but his fire was lit in 1966 when his Overton High School coach Larry Ladd uttered unexpected words of affirmation at a postseason banquet, words that eventually launched a remarkable career in the sport. Paul fell in love with basketball that night and found solace in the company of an empty gym and the perfectly-executed jump shot.

His hours and days of solitary practice eventually helped Paul become one of the best players in the region and earn a scholarship at Dartmouth, where he finished his career as the program’s all-time leading scorer and is still ranked first all-time in career scoring average with 21.1 points per game. Paul’s basketball career didn’t end after college, as he spent several years playing professionally in Europe upon his graduation from Dartmouth with a degree in English in 1972.

After his professional career ended, Paul returned to Nashville, where he began to settle into the next phase of his life. During that time, he waded in and out of various occupations while spending his days at either the YMCA playing pickup basketball and lifting weights or at the library, and his evenings and nights at various Nashville watering holes.

Paul’s competitive nature never dwindled. He later joined a local rugby team, which, paired with a long career in basketball with ill-designed footwear, led to numerous surgeries later in his life, including a full hip replacement.

But the gifts bestowed by basketball and rugby were much greater than the pain. Along with many lifelong friends, rugby also placed Paul in the path of the greatest gift he would ever receive, his wife Joan, when they fatefully met after a match.

Paul and Joan wed on June 9, 1984, and remained happily married until Paul’s passing.

Paul was a contradiction: a cynic who never quite lost faith in the innate goodness of humanity; a pessimist who tried to find the positive in every situation; an agnostic who never stopped seeking God; a man who hated many things but loved more; an athlete and an intellectual; and an introvert with a commanding presence.

Paul probably would have preferred to have been a misanthrope, withdrawing from the world much like one his favorite authors Leo Tolstoy. But his various loves – basketball, bars, rugby, reading and Scrabble among them – along with a quick wit, penchant for thoughtful conversation and endearing personality hidden beneath a wall of shyness made him a friend to many.

Paul struggled with confidence and self-assuredness throughout his life, and felt unsure in his pursuits and inadequate in his relationships. And while he could never could quite ignite an ever-burning confidence in himself, Paul spoke and wrote honestly and lovingly to provide his friends and family with just that.

To those who didn’t know him, Paul seemed ill-tempered, cynical and closed off. But to his son, he was a role model, a guiding force, a source of strength and comfort, a life teacher, and a presence that can never be replaced. To his daughter, he was her loving instigator, her anchor, her counterpart, and her favorite person. And to his wife, he was her everything.

Paul spent a huge amount of his life thinking and writing about death, formulating his own view on the unknown. We can only hope it was what he was what he was expecting.

A Celebration of Life will be held at McCabe Pub in Nashville on Sunday, December 2 from 1 to 4 p.m. In lieu of flowers, the family request that donations be made to Room in the Inn by way of Charles Strobel.