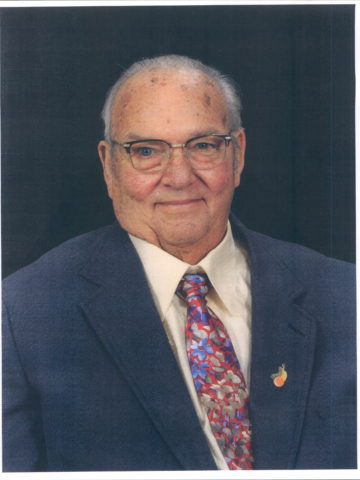 Departed on December 29, 2018 and resided in Nashville, TN

Paul Glen Connor, age 77, departed this life at his home on Saturday, December 29. He was born June 30, 1941 in Glendale, Tennessee to Isaac and Inez Connor who preceded him in death along with his son, Clint, and four brothers: Melvin, Kent, Thomas, Gene and a sister, Nellie Rouse.
He was a long time member of the former Whites Creek Church of Christ and most recently Charlotte Heights Church of Christ. He was a talented musician with the Southland Band and loved Bluegrass Music which will assure there will be a Bluegrass in heaven.  He was retired from the Metropolitan Government of Nashville and Davidson County as an EMT at Bordeaux Hospital.
Survivors include his loving wife, Joan Butler Connor.  They had been married 58 years; a granddaughter, Leslie Connor Morris; a great granddaughter, Josie Fay Morris and special friend and caretaker, Donna Canfield; three brothers, Carroll, I. P. (Pug) and Pat and three sisters: Wilma Adcock, Mary Dell Gilchrist and Shirley Harvey.
Visitation will be on Wednesday, January 2 from 2 p.m. until 8 p.m. at the West Harpeth Funeral Home on Charlotte Pike in Nashville and from 12 noon until service time at 1 p.m. on Thursday, January 3 by Brother Johnny Connor and Brother Josh Burnett.
Pallbearers; Michael and Anthony Pascual, Keith Powers, Danny Canfield, Charlie Hudson and David Hice.  Honorary pallbearers: Dr. Wesley Clark Ray and staff and his Bluegrass friends.  In lieu of flowers contributions may be made to the building fund of Charlotte Heights Church of Christ, 6833 Old Charlotte Pike, Nashville, TN 37209.  Interment at Forest Hills Cemetery in Ashland City, Tennessee.