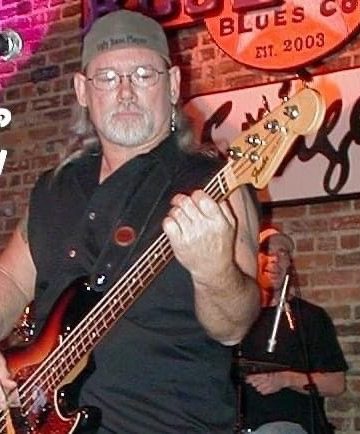 Departed on April 4, 2021 and resided in Nashville, TN

“Please come and say goodbye and celebrate my wonderful life! The Magic’s in the Music and the Music’s in Me.”
Philip R Smith, 70, a native of Nashville, TN passed away peacefully at home Easter Sunday April 4, 2021 after battling cancer. Philip was a man of many words, most of which he kept to himself. He was a 1968 graduate of Cohn High School. His love of music and playing the bass guitar followed him throughout his life. Philip was in a band in high school and after high school, playing for several years around town. After a break from the band to raise his two girls, he reconnected with some old friends and joined the band “Milkbone” that he played with until a couple of weeks before he died. He loved it so much that he played with several other bands, too, so that he could play as much as possible. Philip loved to fish, perform magic tricks, ride his motorcycle, go country dancing, take things apart and put them back together (to see how they worked). He enjoyed making jewelry, selling things on EBAY, cooking, sewing, working puzzles, spending time with his kids/grandkids, and traveling to his retirement home in FL.
Philip had a remarkable work ethic. A man of great knowledge, he excelled at many things. Philip was always willing to share his knowledge and teach others the many things he knew how to do. He worked with his father and grandfather growing up, repairing houses and cars. His first career as a Service Technician furthered his knowledge of mechanics. He repaired RVs, Buses and Travel Trailers. His second career was installing car stereos, which led to Philip having his own business “Bumper to Bumper Audio” for several years. Philip’s last 24 years was spent in his third career at The Home Depot, where he met his wife, Tara.
Philip was preceded in death by millions of people, including his parents Chester Ross and Bobbie Jean Smith, grandparents Raymond and Evonne (Bonnie) Redmond, Irene (Smith) Martin and Chester Webb Smith, and his first wife Marilyn Hulan Prince.
Left to grieve his loss are his wife Tara McKinney, children Tiffany (Sandy) Robinson, Natasha (Jason) Wright and Patrick (Rachel) Smith (mother Debbie), grandchildren Connor and Hunter Robinson, Andrew and Taylor Fletcher, and Kobe and Cheyenne Smith, and great-grandson Finley Fletcher, sister, nieces and nephews. Grieving with them are his great friends, neighbors and band members.
Leaving a ton of stuff to his wife and kids that have no idea what to do with it, Philip insisted that his family carry on his legacy (and not mess it up). He wanted his family to continue his EBAY and ETSY businesses, giving instruction for “Taylor and Tiffany to be the makers of the stuff, Natasha to be the secretary, Tara to be the CFO and Patrick to be the CEO”.
In the last few days Philip wanted everyone to know that he loved them - and he said “Tara (his wife) has given me everything I have ever needed in life…..except for my two kids (Tiffany and Natasha)….someone else (Marilyn) gave me them…. And then there was Patrick (his son)…someone else (Debbie) gave me him… So, it took 3 (women)”
His grandchildren thought highly of him. These are the words they think of when they think of him….Andrew- hardworking, Taylor- very knowledgeable, Kobe- knowledge of music, Cheyenne – love of his motorcycle, Hunter- the dude you call when you have a question, Connor- hairy (great beard), witty
Join us to celebrate his life April 25th at Bikini Beach Bar in Antioch. Over 21 welcome 12p-6p. Milkbone will be playing live music 2p-6p.

In lieu of flowers, please make donations to Alive Hospice.