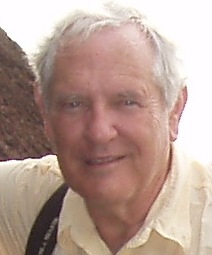 PHY, Roger N. age 59. Died August 27, 2010. Preceded in death by his mother, Christine Murrell Phy; father, Harold Phy. Survived by wife, Patsy Mangrum Phy; her children, Tamra Bruce Rainey, Barton Mangrum; granddaughter, Dale Rainey; uncle, Howard Phy, Wichita Falls, Texas; and several cousins. He graduated from Glencliff High School in 1969. He was retired from the U.S. Postal Service and was a United States Military Veteran Airforce. He was a lifelong member of the Church of Christ, and was a member of Charlotte Heights. He had a great love for God's Word and singing Praises to the Lord. He was a faithful member of the Church of Christ Friday Night Singers. He was thankful for the opportunity to be a part of Amerindian Missions in Guyana and made five trips there starting in 2007. Visitation will be Tuesday, August 31, 2010 from 4:00-8:00 p.m. at West Harpeth Funeral Home. The funeral service will be Wednesday, September 1, 2010 at 11:00 a.m. at Charlotte Heights Church of Christ. Visitation will be one hour prior to the service. Burial will follow at 2 p.m. at McEwen Cemetery. The family request in lieu of flowers donations be made to New Heights Christian Community Services or Churches of Christ Disaster Relief Effort.