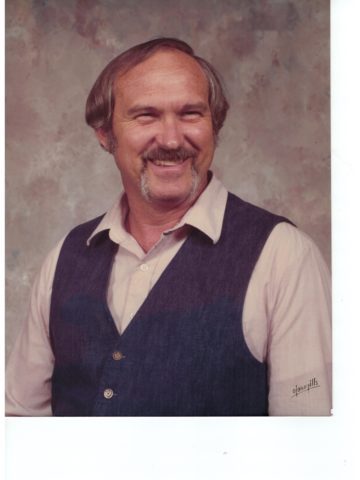 ROBERT BAILEY, 87
Robert “Bob” Bailey of Pegram, TN passed away Sunday, April 15 at the age of 87 in Nashville, TN.
Bob was born in Greeneville, Tennessee on June 18, 1930 to Connor and Marie (Weems) Bailey. He served 20 years in the Air Force with the majority of his service as a Hurricane Hunter for the 53rd Weather Reconnaissance Squadron. His time in the military took him to Japan, Greenland, Bermuda, Alaska, Arkansas, Oklahoma, Illinois, South Carolina and Florida. During his time of military service, he married the love of his life, Mary in 1956 and they welcomed a son and four daughters. Out of all his travels, Tennessee had his heart.  He retired there with his family and worked for the Post Office in Nashville, TN for 20 years.
His loved gardening, history, going on drives in the country and making his kids laugh. He taught his children to respect the environment and used organic gardening back in the 70’s. He could be seen breaking up ground whenever he could find an excuse to do it. He was accomplished in multiple instruments, but his passion was for the guitar which he was rarely seen without. He played guitar in a band in the Air Force and was known and beloved by many as Red River Bob on Sunday nights at Station Inn in Nashville. He passed this love and talent for music to his children and grandchildren.
He is survived by his wife of 62 years, Mary (Slemp) Bailey, children, Linda (Gene) Hall of Broken Arrow, OK, Susan (Jim) Johns of Alachua, FL, Carol (Perry) Lockert of Pleasant View, TN and Ellen Bailey of Nashville, TN, grandchildren Robert W. Bailey, Rachel McGehee, Jasmine Hall, Jessica Aderholt, Mari Ellen Chapov, Will Johns, Ethan Mathis and Ryan Mathis, Ryan Lockert, Diane Duncklee and David Duncklee. He is further survived by two sisters, five great-grandchildren, many nieces, nephews, and friends. He was preceded in death by his parents, brother, Tom Bailey, sister Ruby Rutledge and his son, Wayne Bailey of Pegram, TN.
Due to his love of trees, nature and hiking, we will celebrate his life with a gathering at Percy Warner Park where he and his wife, Mary took many afternoon walks. Please contact the family or West Harpeth Funeral Home for details.
A special thank you to Alive Hospice in Nashville for their loving care and support. Also thank you to West Harpeth Funeral Home for all of their assistance in the arrangements.