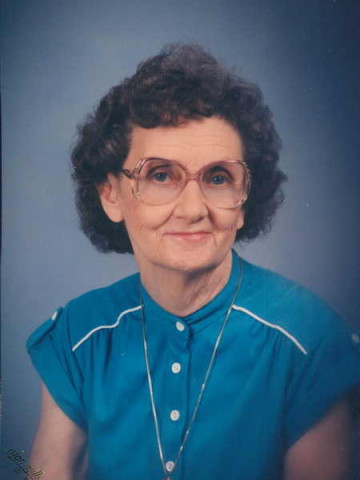 Mrs. Clematine Charolotte Ross, 84, of Jean Avenue in Gallatin passed away January 29th, 2013 at Sumner Regional Medical Center. Funeral Services will be held at Crestview Funeral Home in Gallatin on Saturday, February 2, 2013, at 2 p.m. Burial will follow at Crestview Memorial Park. Visitation will be Friday, February 1, 4 p.m. – 8 p.m. and Saturday, February 2, 10 a.m. – 2 p.m.
Mrs. Ross was born in Bethpage, TN on May 23, 1928 to the late Clara Bel Holmes and James A. Hughes. She is also preceded in death by her first husband, Franklin Angela, second husband, Douglas M. Ross, brothers, Ronald Hughes, Roy Hughes, Holland Hughes, and Rudolph Hughes; sisters, Ethelyn Hughes and Vera Brooks; daughter, Jo Marnell Angela Dallas, and her great-grand daughter, Mary Charolotte Holmes. She is survived by her sister, Carolyn Durham; granddaughter, Dawn Dallas, and great-granddaughters, Jodi Haworth and Holly Holmes.
Mrs. Ross was a member of Lambuth Memorial Methodist Church. She also actively assisted her late husband, Douglas M. Ross with his years of membership in the V.F.W. This fragile figure of a woman was one who stood true and firm to her beliefs and opinions. Homemaking for her family under any and every circumstance seemed to be where she enjoyed spending her time most. She was a loving and devoted wife, mother, grandmother, and great-grandmother who seldom ventured far from home. Although small in stature, her strong will and uniquely fiery personality always stood tall. Leaving memories more precious than any other with each life she has touched. Mrs. Clematine Ross will always be missed, remembered and loved … Until we meet again in heaven.CRESTVIEW FUNERAL HOME 615 452-1943