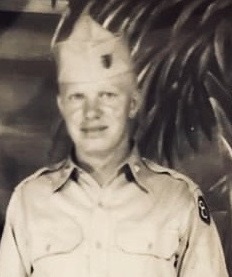 Mr. Russell Ray Hall, 87, of Lebanon, Tennessee passed away March 19, 2020. Mr. Hall previously lived in the West Nashville area for all of 60 years. He proudly served his country in the United States Army during the Korean War and retired from the Apparel Industry after 50 years of dedication. During his retirement, he became known as the Famous West Nashville Lawn Mower Repairman.

Graveside services will be held on Sunday, March 22, 2020 at 1:00 pm in Stewart County at the Smith-Austin-Wallace Cemetery. In lieu of flower, Mr. Hall requested that donations be made to the Juvenile Diabetes Association, 200 Vesey Street, 28th Floor New York, NY 10281.