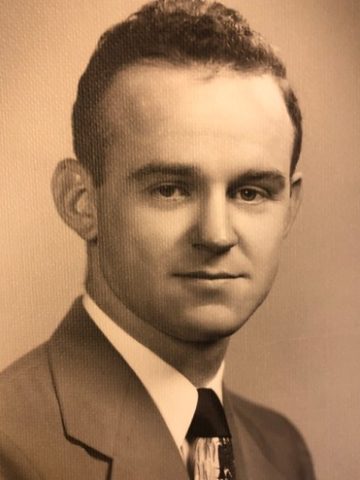 Departed on February 10, 2019 and resided in Nashville, TN

A proud graduate of Central High School class of 1946, he was class president and captain of the football team in addition to being on the basketball and baseball teams. Mr. McClary served in the U.S. Navy in the early 1950’s.

Mr. McClary was a vice president in various facets of operations at Commerce Union Bank (now Bank of America), serving there for some 48 years.

A devoted husband to Alice and father of Sam and David, he always placed his love and care for them above all else. He was also a life-long member of the Methodist Church and a member of West End United Methodist Church since the early 1970’s.

He was a gregarious and kind man, known for his sense of humor, love of history, good conversation, and for his genuine interest in people and the world in general.

Visitation with the family will be held at 11:00 a.m. – 1:00 p.m. on Wednesday prior to the service at West End United Methodist Church.

In lieu of flowers, contributions may be made to West End United Methodist Church or the American Heart Association.