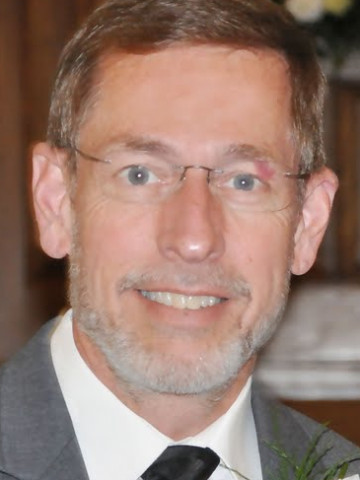 Departed on January 21, 2013 and resided in Nashville, TN

SCHMIDT, Dr. David Mark, 57, of Nashville, TN, passed away at Vanderbilt Hospital surrounded by his family on January 21, 2013. Dave is survived by Belinda, his wife of 35 years, his son Michael Schmidt and wife Beth, his son Eric Schmidt, his brother Frederick Schmidt and wife Natalie, and his sister Sandra Leach and husband Harrison. Dave had two passions in this world: his medical career and his family. For 12 years, he practiced orthopedic surgery, specializing in treatment of the hand and upper extremity. His skill, dedication, and absolute compassion for his patients placed him among the most sought after hand surgeons in Middle Tennessee. After being diagnosed with a brain tumor in 2005, he continued to nurture relationships with family and friends with that same dedication and compassion. Dave received his medical training at the University of Kentucky College of Medicine and the US Army Medical Corps. He served his country in Desert Shield and Desert Storm. During his Army career he achieved the rank of Major and later received a fellowship from the American Society for Surgery of the Hand. After completing his military service, he served on the medical staff at Saint Thomas, Baptist, and Centennial Hospitals in Nashville, and was a proud member of the Tennessee Orthopaedic Alliance. He was loved by all who had the privilege of knowing him and will be deeply missed by his family and friends. Visitation will be held at Harpeth Hills Memory Gardens Funeral Home, 9090 Highway 100 Nashville, TN 37221 on Monday, January 28th from 4:00 to 7:00PM. A short visitation starting at 10:00AM followed by a Celebration of Life Service at 11:30AM will be held on Tuesday, January 29th at Harpeth Heights Baptist Church, 8063 Hwy 100, Nashville, TN 37221. Graveside services will follow at Middle Tennessee Veterans Cemetery, 7931 McCrory Ln, Nashville, TN 37221. Memorial donations can be made to the University of Kentucky College of Medicine or the American Brain Tumor Association. HARPETH HILLS FUNERAL HOME 615 646-9292 www.afamilylegacy.com