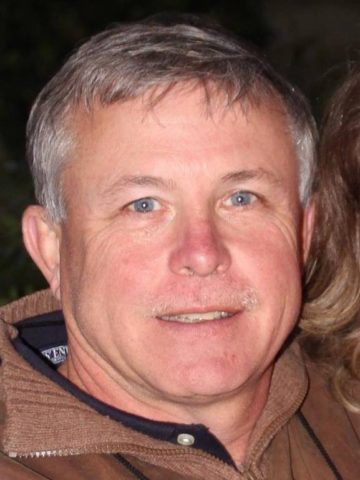 Spike (James Reece) Noonan, 62, departed this world for heaven on March 29, 2018, at home surrounded by his family.  Spike’s devotion to his family and his firm belief in God supported him during his battle with cancer, and ultimately gave him peace. Spike is preceded in death by his father, Dr. Jimmy Noonan. He is survived by his bride (of twenty-two years) Dana; son Tanner; his mother Anne Thompson Noonan of Dyersburg, TN; three siblings, Sallye Noonan O'Rourke (Chris) of Knoxville, TN, Debbie Noonan Henson (Don) of Knoxville, TN, and Timothy Scott Noonan (Jennifer) of Nashville, TN; father and mother in-law Harry and Jo Coltharp; sister and brother in-law Lora and Jamie Hayes, and many loving nieces, nephews, relatives and friends.

Spike was born in Dyersburg, Tennessee on July 24, 1955; attended Dyersburg public schools, and still holds the record for the most receptions in a single football game. Spike completed his undergraduate studies at the University of Tennessee in 1977 where he was a member of the Alpha Tau Omega Fraternity and, following a brief stint as a walk-on football player, became a life-long Tennessee Volunteer. Spike finished his MBA program at Memphis State University in 1978 and began a career in public accounting.

He was a founding member of McKerley & Noonan, CPAs in Nashville, TN. Spike was more than just a service provider to his clients; he was a valued and trusted adviser, someone who helped clients achieve their goals. His career as a CPA spanned 4 decades during which he became a Certified Management Accountant, Certified Valuation Analyst, Accredited in Business Valuation, and a Certified Specialist in Estate Planning.

Spike was a steadfast family man, an extraordinary friend, and an avid outdoorsman.  He enjoyed hunting, golfing, fishing, traveling, rock and mountain climbing, and lived every day to its fullest.  Perhaps Spike’s favorite pastime was duck hunting trips with Tanner in Arkansas.  In recent years, Spike spent much of his time with Dana and Tanner on their farm in Hickman County.   He built a reputation as a world class bush hog operator, an adequate fence builder, and a really poor carpenter. Spike was an Eagle Scout and remained active in the Boy Scouts of America.  He served on the Board of the Fellowship of Christian Athletes, and was active in several other non-profit and charitable organizations.

“But those who wait on the Lord shall renew their strength; they shall mount up with wings like eagles, they shall run and not be weary, they shall walk and not faint.”  Isaiah 40:31