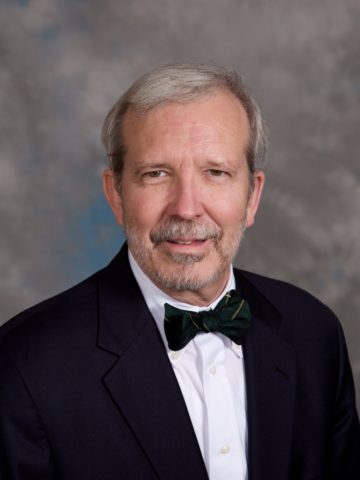 Departed on September 28, 2017 and resided in Nashville, TN

A chemical engineer, Mr. Hays was a national leader in identifying and safely mitigating hazards related to asbestos, mold and lead-based paints in buildings for more than thirty years. His work in environmental management and abatement engineering for those risks at over 10,000 facilities helped catapult GHP to international prominence with clients and projects from Anchorage, Alaska to Dubai, in the United Arab Emirates.  He spoke and published for professional groups and journals throughout the United States and was widely honored for his work.

Appointed to the Board of the National Institute of Building Sciences by President Bill Clinton, he was inducted into the College of Fellows for two distinguished professional societies, the American Industrial Hygienists Association (AIHA) and the American Council of Engineering Companies. Among his many honors are the Mortimer M. Marshall Lifetime Achievement Award from the National Institute of Building Sciences in 2013 and the Donald E. Cummings Memorial Award from the American Institute of Industrial Hygiene presented earlier this year.

He taught at Georgia Tech Research Institute and The Environmental Institute in Georgia and was a guest lecturer at University of California, Berkeley and Texas A & M University. He frequently presented to professional groups throughout the United States and Canada and was often called upon as an expert witness in legal action involving asbestos, mold and lead-paint in buildings.

He is the co-author of two books, Indoor Air Quality: Solutions and Strategies and Settled Asbestos Dust Sampling and Analysis.

Mr. Hays earned his Bachelor of Engineering and Chemical Engineering from Vanderbilt University and was inducted into the school’s Academy of Distinguished Alumni in 2013. .

He is survived by his daughter Diana Hays, sister, Connie Richardson (Don), who is CFO of GHP, nieces Tori Hays Michaud (Shawn Michaud), Pryor Hays Green and nephews Cody, Clint, and Tate Richardson along with several great nieces and great nephews. He was preceded in death by his parents, Bob and Bonnie Hays and his brother Jimmy Hays.

Thanks to Ron Gobbell and the GHP family for all that they’ve done for these last weeks to look after Steve and his family.

In lieu of flowers, donations made in his name to the Vanderbilt University School of Engineering online at https://giving.vanderbilt.edu/ (designate School of Engineering and put Steve Hays memorial in comments) or mail to c/o David M. Bass. PMB 401531, 2301 Vanderbilt Pl., Nashville, TN 37240-1531.  A memorial service will be held at Scarritt Bennett’s Wightman Chapel, 1023 18th Ave. South on Oct. 15 with visitation at 2, service at 3 with reception to follow.