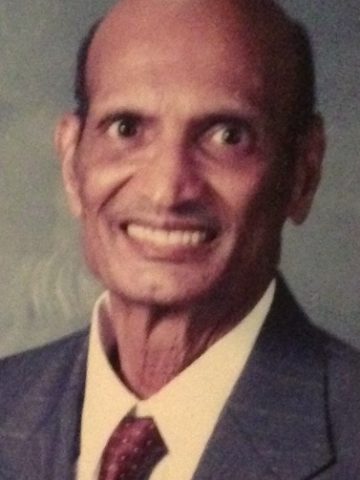 Dr. Patil is predeceased by his endearing wife of 50 years, Vijayalaxmi Patil, and
is survived by his children, Dr. Raj Patil (Tara Patil) of Brentwood, Tennessee and Sunita
Patil of Chicago, Illinois and two grandchildren (Ari and Ella). He is survived by his
nephew, Ramesh Chogule. He is also survived by his brother Malgonda Anna Patil and
his sisters Laxmibai Raygonda Patil, Shevanti Jambu Darure, Lalita Jivandhar Chogule,
and Indumati Appasaheb Chogule. He is predeceased by his brother Jangonda Anna
Patil and sister Champabai Baburav Shirtote
Surgounda Anna Patil was born in Bhose, India on December 16,1932 to Anna
and Shrimanti Patil. Dr. Patil was born in a small village in western India to a poor
farmer's family. He earned a Bachelor’s degree and Master’s degree from the University
of Poona with the financial help of relatives and friends. Dr. Patil came to the United
States in 1962 on a scholarship from the University of Minnesota where he earned a
Master’s degree in statistics in 1965. He then went on to earn a Ph.D. from Colorado
State University in 1966.

Dr. Patil joined Tennessee Technological University in 1966 as an associate
professor in the Department of Mathematics and was promoted to the rank of full
professor in 1974. He served Tennessee Tech University for 34 years until his retirement
in May 2000. During his tenure at Tennessee Tech, Dr. Patil directed 23 math graduate
students on their Master's theses and published more than twenty papers in national
and international journals in the field of mathematical statistics. He worked with
numerous U.S. government agencies such as the U.S. Department of Agriculture; Oak
Ridge National Laboratory; United States Kirtland Air Force Base in Albuquerque, New
Mexico; Marshall Space Flight Center in Huntsville, Alabama (Hubble Space Telescope)
and Arnold Engineering Center (Space Shuttle) in Tullahoma, Tennessee.
Dr. Patil cared deeply for the welfare and instruction of the students and
emphasized excellence in mathematics. In 1996 as an initiative toward excellence, he
facilitated an award to be given to a superior math major. In 2000, Dr. Patil introduced a
scholarship to be given to an outstanding math major. The S. A. Patil Mathematics
Award is one of the oldest awards at Tennessee Tech having been awarded
continuously since 1919. It was established by Judge Oscar Holladay and then
continued to be supported by the Holladay family. It was renamed the “S. A. Patil
Mathematics Award" with Dr. S. A. Patil providing funding for the award presented
annually to the graduating mathematics senior with the highest grade point average in
all mathematics courses taken.

Surgounda Anna Patil was a devoted husband, father and friend to many. He
enjoyed gardening, traveling, long daily walks, actively trading in the stock market, and
spending time with his family. He will be deeply missed by his family and many friends
and colleagues he has known through the years.
In lieu of flowers, memorial contributions can be made to the Dr. and Mrs. S. A. Patil
Mathematics Scholarship Endowment, Tennessee Tech University, PO Box 1915,
Cookeville, TN 38505. Checks should be made out to the TTU Foundation with Dr. and
Mrs. S. A. Patil Mathematics Scholarship Endowment included in the memo line or in
an accompanying letter.