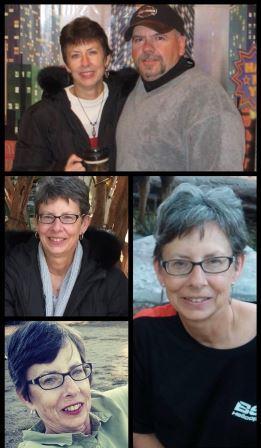 For West Harpeth Website:Terri Jodell Williams, age 62, passed away May 21, 2018 in Nashville, TN surrounded by her loving family. Mrs. Willams was preceded in death by her parents, Joe Lee Lemmonds and Claudell (Taylor) Lemmonds. Terri attended Middle Tennessee State University, where she played basketball for the University, was active in the Christian Center, while receiving her Bachelor’s Degree in Accounting. During her involvement at the Christian Center, another member asked if she would go on a blind date, because he had a friend that he felt would be perfect for her. Reluctantly, Terri agreed even stating, “It is not like I am going to marry the guy!” On August 6, 1977, she did go on that blind date, where she met her loving husband of over forty years.
Mr. and Mrs. Williams settled down in Cheatham County, were they raised two beautiful children and enjoyed spending time with their many family members. Terri worked at Harpeth Valley Water Utility District for 23 years, where she handled the bookkeeping and accounting. She was also a certified notary public and served in those duties for many years. After retiring from Harpeth Valley, Terri went on her next adventure with her husband, moving to Alabama and Texas for work and eventually coming home to Tennessee the spring of 2017.
Mrs. Williams was a compassionate woman, that loved the Lord, her children, her husband and her six grandchildren. Her love was expressed every day and was a strong example of how to show respect, how to work hard, and love with every ounce of your heart. She lived her life to the fullest and had many adventures with her family over the years, including motorcycle trips with her husband. Terri was a supporter of Red Cross, donating several gallons of blood over her life. She also supported the Paralyzed Veterans, St. Jude, and Wounded Warriors Project.
Terri is survived by, her husband, David, her daughter, Alisha Clack and son-in-law, Steven Clack; her son, Daniel and daughter-in-law, Miranda; Her sister Sherri Joyal (Bucky); Her Niece Sonya; Her Nephew Shawn; Her Uncle Dalton Cooper; Her Aunt Martha Agular (Roy); and her six grandchildren, David, Brianna, Knox, Brayden, Kolbie and Kolt. A private Celebration of Life will be held at a later date. In lieu of Flowers, Donations can be made to: St. Jude’s, Paralyzed Veterans, or Wounded Warriors Project.