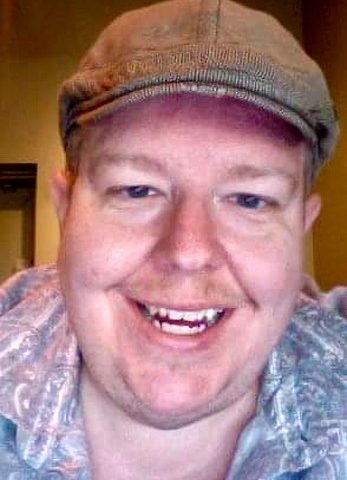 Departed on December 19, 2020 and resided in Nashville, TN

He was born April 22, 1966, in Nashville, Tenn., the son of Thomas L. Horton and Thelma Prince Horton. Thomas graduated from Hillwood High School, Class of 1984. Following graduation, he earned his Bachelor’s Degree in French from Rhodes College in Memphis, Tenn., and his Master’s Degree in French Literature from the University of Virginia. He attended L’Alliance française Paris, and taught English to French students in the city of Marseille, France. He would also study linguistics there and throughout his life. He served as Creative Director for the 2002 Democratic Coordinated Campaign and served the state of Tennessee under the Governor Phil Bredesen Administration as Creative and Marketing Strategist for the Tennessee Department of Economic and Community Development, as well as several other statewide campaigns. He founded marketing and consultant group Mind Cartel, Inc. Thomas most recently served at G2 Wireless as a client support representative.

Thomas was the author of the cult favorite novel Titanic Days and was a multi-published poet and creative designer of poetry publications, including the books Mosaic: A Poetry Anthology, Moments, Olifant: A Publication of the Societe Rencesvals American-Canadian Branch Volumes 16-18, and Living in Historic Times: Poets Collective Anthology no. 7. He was principal author of the two television series Legacy and Bayport, now in pre-production and overseen by co-author Nannette Clark, as well as several other unfinished projects.

Known to friends in China as “The Happy Buddha,” he was a native English speaker, was fluent in French, Portuguese, German, Spanish and Italian, and was proficient in Mandarin, ASL and Russian. Thomas sang at several public events and was well known on the Nashville karaoke and performance art scenes. He served as a community activist on several political initiatives and served as a pundit in support of LGBTQ rights for several media outlets. He quietly assisted victims of domestic violence and helped to connect them with resources such as employment, housing and stability.

He is preceded in death by his father Thomas L. Horton, his mother Thelma Prince Horton, and his brother Robert E. Horton.

Those who wish to show their love for Thomas and support for his family are welcome to line up in a procession of vehicles beginning at 10:36am. After the graveside has ended at approximately 11am, the procession will quietly drive past the graveside with silent gestures such as signs on poster boards or leaving a single rose out of the window as the family stands to acknowledge them. Please refrain from honking.

West Harpeth Funeral Home and Crematory is honored to serve the family, Brian Sullivan will officiate, and the service will feature performances by Memory Strong Smith and Thomas Horton himself via recording.

Messages of condolences in honor of Thomas Horton may be sent to 6962 Charlotte Pike, Nashville, TN 37209. In lieu of flowers, family requests donations be made to one of Tom’s favorite charities, Second Harvest Food Bank.

Once safety restrictions are lifted, family and friends hope to plan a larger memorial service surrounding his birthday April 22, 2021, safety permitting.
We love you, you hateful queen.