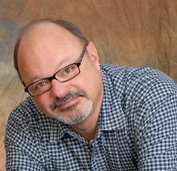 Departed on September 10, 2020 and resided in Nashville, TN

Tom majored in English as an undergrad.  He received his Masters in Divinity from Columbia Theological Seminary, Atlanta, Georgia and was ordained by the Presbyterian Church USA.  He worked as the junior minister at Hillwood Presbyterian Church in Nashville, TN for three years. He was more interested in counseling and obtained a M.S. in Psychology from Middle Tennes-see State University and later, his Ph.D. from The University of Southern Mississippi.  He com-pleted an internship with the Veterans Affairs Medical Center, Memphis, TN in 1989.

Tom worked as a psychologist in Greenville, SC for three years before deciding to pursue a ca-reer with the VA Medical Center in Middle Tennessee.  He worked in Pain Management using biofeedback, and later spent seven years as the Director of the Substance Abuse Therapy Pro-gram. It was during this time that the VA first received the Joint Commission on Accreditation of Healthcare Organizations for the SATP program.  He subsequently moved to the Nashville VA and headed up the inpatient/outpatient programs for PTSD for a number of years. Prior to retir-ing in 2019, he worked as a clinical psychologist in Medicine.

Tom served as an adjunct professor at the University of South Carolina, Spartanburg campus and Argosy University, Nashville, TN. His students enjoyed his teaching methods, which always included real life cases. One day, he came home with a framed poster of Albert Einstein given to him by a student.  He derived great joy in mentoring students and psychiatry residents over the years.

Tom married his soulmate, Margy, on August 29, 1992 at their home in Murfreesboro, TN.  In November 1993, their only child, Sarah was born. Tom enjoyed photography, cooking, movies and planning family vacations to Arizona, California, Florida, New York and Ohio. He also en-joyed traveling abroad.  An avid wine collector at one time, he lamented being in France and visiting the Rhone valley on the day the rains drenched the grapes for the Chateauneuf du Pape 2002 reds.  He was an avid University of Alabama football fan…..Roll Tide!!

Tom is survived by his wife of 28 years, Margy May, and their daughter, Sarah May Hagood, of Cincinnati, Ohio; siblings, Lane (John) Hagood Norton of Albany, GA and Benjamin (Matt) M. Hagood of Fairhope, AL; nieces, Dabney, Sarah and Gracie and nephew, Marshall.  Due to the current health crisis, a Zoom service will be announced at a later date.