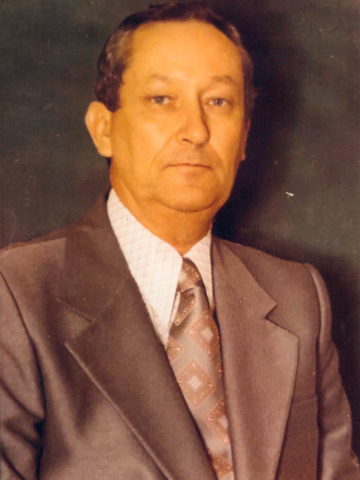 Departed on December 31, 2018 and resided in Nashville, TN

Warner Eugene Sharpe, Jr., age 96, of Nashville, TN passed away on December 31, 2018 at his home. He was born on June 7, 1922 in New Johnsonville, TN to the late Warner Eugene Sharpe, Sr. and Clara Crockett Sharpe.
Along with his parents, Gene is also preceded in death by his loving wife of over 40 years, Faye Bruce Sharpe; two children, Craig D. Sharpe and Dawn Gann; a grandchild, Michael Sharpe; and 7 brothers and sisters.
Gene is survived by children Warner E. Sharpe, III, Bruce A. Sharpe(Betty), Russell B. Sharpe(Cathy), and Karen F. Willhelm; and sister, Margaret Mickle. He is also survived by a host of grandchildren and great-grandchildren, and many nieces and nephews.
Gene is a proud Navy Veteran, who served in World War II. After the military, he worked with Metro Public Works for 29 years and also painted for 18 years. He was a lifelong member of Cumberland Presbyterian Church and was a committed University of Alabama football fan.
A Celebration of Life will be held on Tuesday, January 8, 2019 in the chapel of West Harpeth Funeral Home at 11:00am. Visitation will be held on Monday, January 7, from 2:00 until 8:00pm and again on Tuesday from 9:00am until the hour of service. Gene will be laid to rest at Woodlawn Memorial Park.