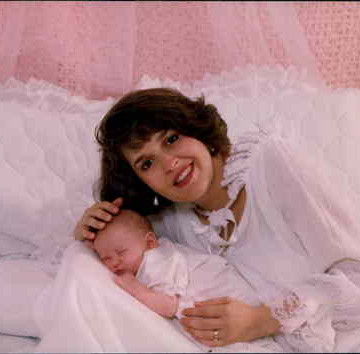 Departed on April 13, 2013 and resided in Hendersonville, TN

December 18, 1964 – April 13, 2013
Melanie Kay Park Wright of Hendersonville, Tennessee, passed from this life on Saturday, April 13, 2013, after an eight-month battle with cancer. She died in the company of family and friends. She was 48.
A licensed speech-language pathologist, Melanie was employed by Sumner County Schools as an autism consultant, serving as a resource for elementary school teachers throughout Sumner County where students on the autism spectrum are enrolled. She co-directed Camp I Can Be Me, a two-week summer personal growth experience for students with autism or Asperger's Syndrome. She held bachelor's and master's degrees in Speech-Language and Hearing disorders from Harding University and the University of Arkansas Medical Sciences campus, respectively.
Melanie was well travelled. Born December 18, 1964, in Opelika, Alabama, she lived at various times in her life in Auburn, Alabama; Germantown, Maryland; San Jose, California; New Canaan, Connecticut; Searcy, Arkansas; Little Rock, Arkansas; Tallahassee, Florida; Denver, Colorado; and Hendersonville, Tennessee. As a college student, she studied abroad in Florence, Italy. She will be sorely missed by family members and by countless friends throughout the United States.
Melanie was an active member of the American Speech and Hearing Association and a beloved member of the Community Church of Hendersonville. However, Melanie's life was not primarily about memberships, but relationships. She opened herself to others regardless of their station in life. She mentored countless young women by making herself available and investing time in them. She welcomed Florida State University students into her home through the Meridian Woods church of Christ's campus ministry program; she counseled pregnant teens through the Teenage Pregnancy Program TAPP; and she taught the middle school girls' Bible class at Community church of Hendersonville. She exhibited a casual grace that drew others to her naturally.
Melanie is survived by her husband of 26 years, David, and two children, Aaron and Abigail, all of Hendersonville. Other survivors include her mother, Sherry Park of Gainesville, Florida; two brothers and their wives, John and LuAnn Park, of Sugar Land, Texas, and David and Judi Park of Sarasota, Florida; an aunt, Nancy Raskopf of Jackson, Tennessee; an aunt and uncle, Nancy and Paul Morrow of Benton, Kentucky; and a cousin, Stephanie Reynolds of Calvert City, Kentucky. She was preceded in death by her father, John William Park, of Columbia; by her grandparents, Mr. and Mrs. Carlton Park of Columbia and Mr. and Mrs. Benjamin Raskopf of Knoxville; and by a cousin, Stacey Lockhart of Nashville.
Visitation with the family will take place on Friday, April 19, from 5:00 to 8:00 PM at the Hendersonville Funeral Home, 353 Johnny Cash Parkway. Melanie's memorial service will follow on Saturday, April 20, at 10:00 AM at the Community Church of Hendersonville, 381 West Main Street.
In lieu of flowers, the family requests memorial donations to the Aaron and Abigail Wright Education Fund, First Tennessee Bank, 216 Indian Lake Blvd, Hendersonville, TN 37075.