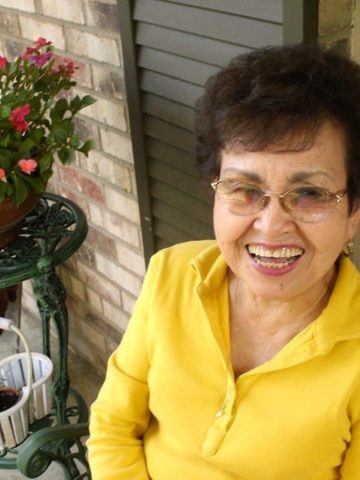 Departed on March 6, 2018 and resided in Nashville, TN

Yutaka “Negi” Negishi Baker
Nashville – Yutaka Negishi Baker, known to friends as “Negi”, peacefully passed away on March 6, 2018 at the age of 87 years.
A longtime resident of Clarksville, Tennessee, Negi, a native of Yokohama, Japan, arrived in the United States in 1957 with her husband Curtis D. Baker and infant child, Kenneth. Negi acquired a loving appreciation of the Rocky Mountains while living in Buffalo, Wyoming where her second child, James, was born.
As the wife of a career soldier, Negi and family lived in many locations in the United States before finally settling at Ft. Campbell, Kentucky in 1971. She embraced her new home in America and became a citizen of the United States in 1968. She enjoyed her children, gardening, church, and bowling where she has rolled several 200+ games in league play. Though small in stature, she was “The Rock” of the family. Her sons are convinced that their mother invented “tough love” as she kept them on the straight and narrow while her husband was deployed with the U.S. Army.
Negi worked in retail for the Army/Air Force Exchange Service at Ft. Campbell until her retirement. In retirement she accepted the Lord Jesus Christ as her savior and followed His lead for the rest of her life. Negi is preceded in death by Curtis Dale Baker (Husband), Shintaro Negishi (Father), Toku Negishi (Mother), and three brothers and three sisters. She is survived by her two sons, Kenneth Dale Baker (Perri) and James Curtis Baker, granddaughter Ashley Jo Baker (Randy), grandson Justin Dale Baker (Melissa), and great grandchildren Ava Grace Baker and Rocket Dale Baker.
The family would like to give special thanks to the entire staff at Way Point NHC Place at the Trace and other special sitters who cared for her over the last several years.
Visitation will be held on Saturday, March 10 from 2:00 – 4:00 pm at the West Harpeth Funeral Home, 6956 Charlotte Pike, Nashville, TN and will be followed by a short memorial service.